The United States is a nation that still prohibits the use of marijuana, a drug linked with zero overdoses. Yes, when used irresponsibly (like with anything), weed can cause harm to the user and others. Nonetheless, it is staggering that the federal government won’t even entertain the notion of legalizing the substance.

In comparison, it has overseen a staggering increase in opioid-related overdose deaths. Data from NIDA found that in 2020, almost 92,000 Americans died from a drug-involved overdose. That year, there were approximately 56,500 overdose deaths involving synthetic opioids other than methadone. 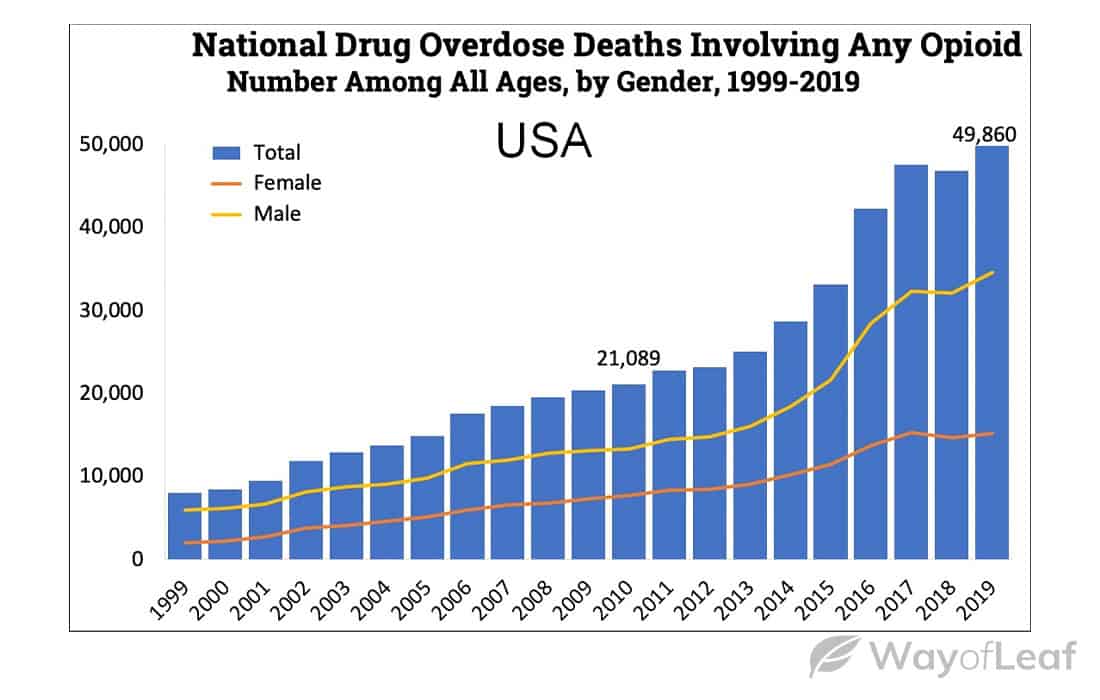 Exploring Fungi Facts: What There Is to Know

The future of fashion?

Marijuana and Working Out [Does It Harm or Help?]

Make the most of your herb

Can You Use Already Vaped Bud (AVB)?

Get the most out of those nugs!

CBD and Video Games: The Connections You Need to Know

Could it boost your performance?

What Will Happen if you get Hypnotized While High?

Is it a good idea?

Who Grows the Best Weed in California? [We Reveal the Truth]

We did the research

Cannabis History: A Timeline on the History of CBD & THC

8 Steps to Rolling the Perfect Joint

5
7 min read
Join The Discussion
Premium
Your subscription has ended
If you love cannabis and want to support our site, join WayofLeaf Premium today and unlock
Best of all, part of your membership fee will go towards supporting the fight to legalize cannabis.
Sign Up for WoL Premium
Not now
I already have an account
×
Log in to Your Premium Account
Edit button

WayofLeaf use cookies to ensure that we give you the best experience on our website. If you continue to use this site we will assume that you are happy with it. More Information